We simplify it for your convenient aircraft sales, purchases and advisory

Officially formed in 2014, Mitra Aviasi as the youngest affiliation company of Premiair Group has succesfully proclaimed the company's competitive assets and capacity among the industry. The services cover extensive areas, from Aircraft Sales, Purchases & Advisory in general aviation.

By representing aircraft owners in sales and purchases along with consutancy and advisory services, Mitra Aviasi has acquired the trust deserved. Mitra Aviasi intends to continue growing and evolving to become a company that can provide the finest assistance to our customers.

Our workforce is composed by people with years of experience in the industry, assuring only the best counsel and recommendations in deciding on aircraft trades.

As an affiliation of Premiair Group, Mitra Aviasi posses the advantage of having a dependable and trustworthy network, giving the company the ability to serve customers across borders.

Mitra Aviasi represents aircraft owners in sales and purchases along with consultancy and advisory assistance and aircraft charters.

To meet customer needs. Premiair Group through Mitra Aviasi comes with aircraft sales solutions, tailored to the needs of each personal. With the industry development and the extent of public needs in time effectiveness.

We offer a wide range of aviation service, including Aircraft Sales service whether it's New Aircraft or

Pre Owned Aircraft, Premiair has the extensive knowledge & network to manufacture and partners  to provide the best lines of options that you desire.

Mitra Aviasi has always strived for best practice standards and safety as its upmost importance on any flight mission. This has been reflected in continuous category 1 safety standards, Oil and Gas Producer (OGP) approved services and Stage 3 approved International Standard for Business Aircraft Operations (IS-BAO).

Inspection conducted prior to purchase finalization of the aircraft aimed to verify its condition to the agreed specification. Premiair has the experts for this inspection.

Our company makes sure that our client's preferences are fulfilled and that they get what the paid for every time. 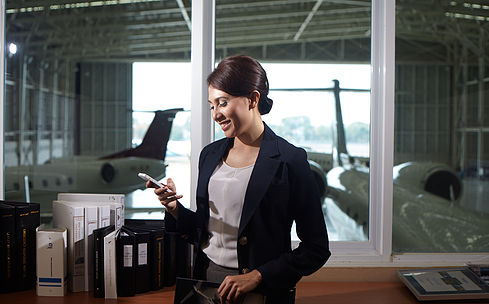